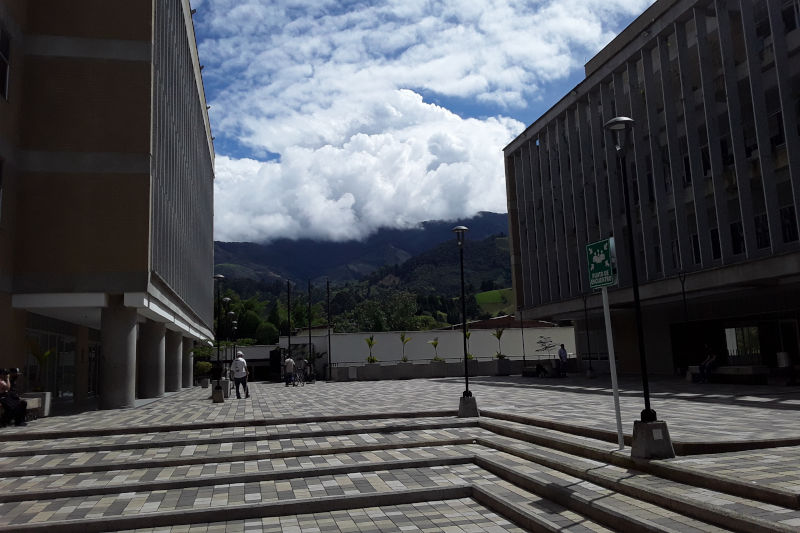 Caldas, the city, not the departamento, is a narrow town of 82,000 souls (2020) with green mountains on each side. While it’s at the southern end of the Valle de Aburra, it’s a tad cooler than Medellín as it’s at a slightly higher elevation.

Getting there from Medellín is easy. Get off at the La Estrella Metro station and grab any bus that says Caldas in big letters. Hop on one that says “autopista” and Parque and it’ll take only 15 minutes to get to the main square as it has few stops. Other routes go through the village of La Tablaza and will have frequent stops. You can catch the bus back near the parque.

If you want both the advantage of a city but easy access to nature, you can walk just a few minutes east or west and find yourself in the countryside. The city center itself retains its small town flavor.

The main square (parque) in Caldas is pretty, but there’s no denying it’s a bit gritty! It wasn’t yet 11 AM on a Sunday yet the square was filled with sketchy characters. Some just sleeping wherever on sidewalks. One inebriated fellow asked me for money for sopa (soup). I wondered if that was an euphemism for aguardiente, the cheap licorice liquor favored by Colombians!

That said, I’m not squeamish and my mission was to explore and that’s what I did. I’m not looking for El Poblado type areas which really don’t reflect Colombian culture, but the real deal! You might find walking around neighborhoods here interesting just as I did.

The central part of Caldas is certainly lower income oriented, a mix of old with shabby. Off to one side of the square there’s a peatonal (pedestrian mall) a few blocks long. I followed this to get to narrow roads taking me to Vereda La Valeria. Although close, this is countryside (see photos) and where you’ll find picturesque Fonda La Alqueria. There you can rent a horse to explore further (I didn’t). I’m not sure the restaurant is operational as it was boarded up. If looking for food, you will probably like El Rancho de Pancho (photo), a big Mexican restaurant closer to the Parque.

If you live in Medellín, consider spending a few hours in Caldas. It’s way easier than heading out to a pueblo, what with all the landslides and floods cutting off roads thanks to the intense rains hitting the Andean region almost daily! 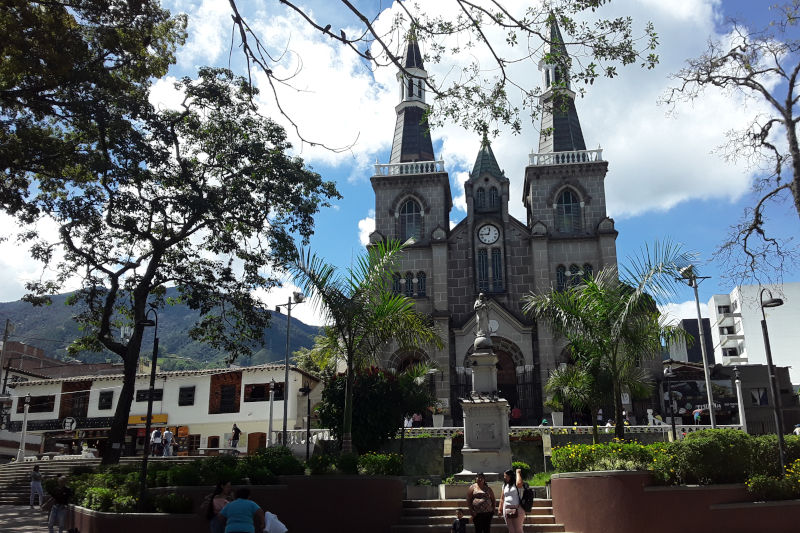 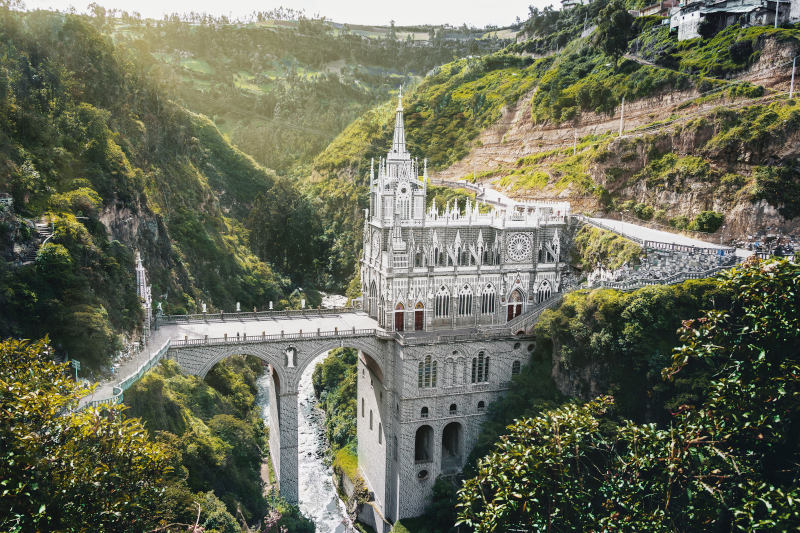 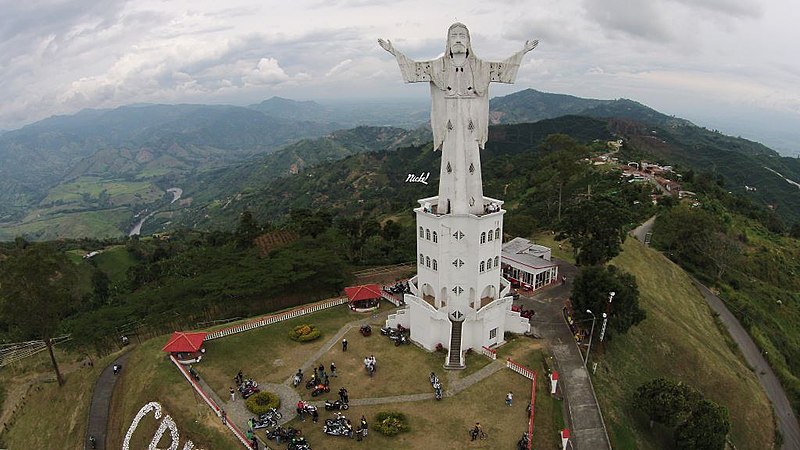